Motu (Hindi: मोटू) is one of the two titular characters of Motu Patlu. He is the main protagonist of the series who lovessamosas. He is voiced by Saurav Chakraborty. 1 Description 2 Appearance 3 Personality 4 Friends and Enemies 4.1 Patlu 4.2 John 4.3 Chotu 4.4 Boxer 4.5 Ghasitaram 4.6 Dr. Jhatka 4.7 Chingum 4.8 Munni 5 Powers 6 Weaknesses 7 Trivia 8 Dialogues 8.1 Hindi 8.2 Tamil 9. Pay, extend, and manage your parking session with Grand Rapids' official parking app. Pay on the go Pay quickly and securely with your smartphone. Didn't need as much time as you thought? Stop your parking session early and only pay for the time you need. Forget refilling the meter in the rain or braving the cold. No price surprises See when parking rates will change in the. Jun 29, 2011 MOTU 896 trims and phones First, I'm guessing I should be able to plug headphones into the phones jack and hear it without having to set something else? I don't hear it in either phones only or main+phones.

Disclaimer. We can not guarantee that the information on this page is 100% correct. Read more 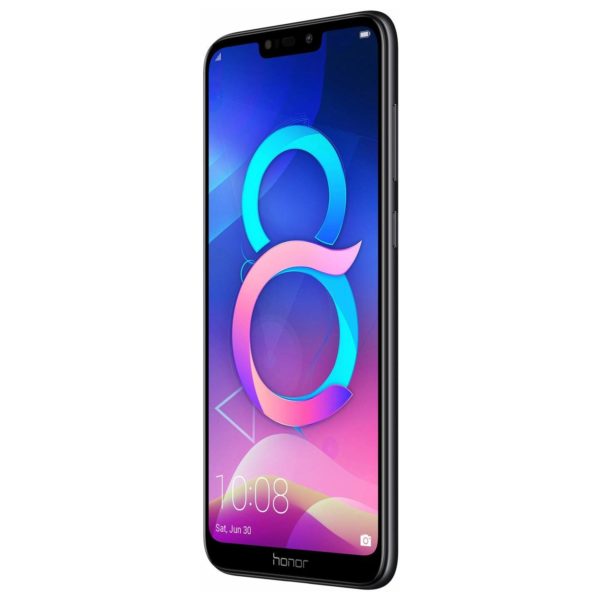 Look under the rear camera where the Motorola logo is. Thats where the fingerprint scanner is on the E5

Worst POS chunk of technology I've ever bought. Completely user-unfriendly, and it came without a user manual. I hate this phone so much, I went out and bought a burner, which I'm going to use for actual phone calls / texting. Motorola can ... 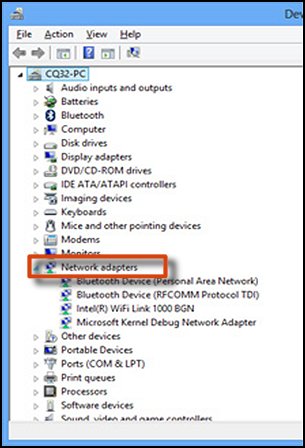 1/21/2021 So, I've had this phone a little over a year now. The phone is very decent, not super slow but not the best. It does not have a fingerprint reader. Pros: lightweight, durable screen, removable battery It's good if you'...

MOTU’s 828 series has been a valuable studio workhorse for nearly two decades, and the latest is the best one yet.

In many walks of life, manufacturers will use the same name to refer to successive generations of products. Today’s Volkswagen Golf doesn’t have much in common mechanically with its 1974 ancestor, but it occupies the same position in the automobile market, and benefits from four decades of accumulated brand recognition. Likewise, MOTU have had a product named the 828 in their range for no fewer than 17 years, but the world of audio interfaces moves fast, and we are now on the fifth generation.

The original 828 was the very first FireWire audio interface, and proved enormously successful, thanks to its well-judged blend of analogue and digital I/O. In 2003, MOTU followed this up with a MkII version, offering better metering, support for high sample rates and additional MIDI I/O. As FireWire began to fall out of favour, the MkIII added a USB socket along with sundry other improvements, before the 828x phased out FireWire altogether in favour of Thunderbolt. Their latest dependable hatchback of the project-studio world is the 828es.

Still housed in a black 1U rackmounting case, this latest and greatest 828 caters to the same market sector as previous holders of that illustrious name, but under the bonnet, it’s bang up to date. In terms of analogue I/O, it has two ‘combi’ mic/line sockets plus a further eight line inputs on quarter-inch jacks, and its stereo XLR main outputs are joined by eight additional quarter-inch sockets and two headphone jacks. Unusually, both mic inputs have dedicated insert points on quarter-inch jacks, allowing hardware processors to be patched into a recording chain. There are also two pairs of optical sockets offering up to 16 channels of ADAT-format digital I/O, with the first pair alternatively supporting TOSlink stereo, plus dedicated coaxial S/PDIF I/O and MIDI in and out. And, like the 828x, the 828es also sports word clock and linear timecode in and out, and can connect to a host computer either over Thunderbolt or USB. (Alas, though, there is but one cable included, and it’s not a Thunderbolt cable.)

Compared with the 828x, in fact, the only socket that the 828es has gained is an RJ45, but this is a small clue to the fact that things are completely different beneath the hood. For, as well as being heir to the 828 heritage, the 828es is also part of MOTU’s AVB range, meaning that it can form part of an IEEE 802.1 AVB/TSN networked audio system. So whereas previous 828s have shipped with a control-panel utility called CueMix, the 828es’s internal DSP is controlled from a Web browser, in the same way as on other MOTU AVB interfaces such as the 1248, 8M, 16A and so on. Internally, all of these interfaces seem to be identical, so like the 1248, the 828es contains a hugely powerful digital mixer with up to 48 inputs and comprehensive mixing, routing and signal processing facilities.

Rather than describe the workings of this mixer in detail here, then, I’ll refer readers to our review of the 1248 in SOS August 2016. In short, this digital mixer is amazingly comprehensive, and from a functional point of view, is every bit as powerful as many dedicated hardware mixers. The flip side of this is that it is also complex, perhaps intimidatingly so to some, and that the browser-based interface can be slow to respond, especially when switching between different panes (admittedly, my MacBook is now several years old, and MOTU say things are better on newer machines). Having now reviewed two MOTU AVB interfaces, I’ve spent a lot of time working within this interface, and it still has the capability to bewilder me on a fairly regular basis! 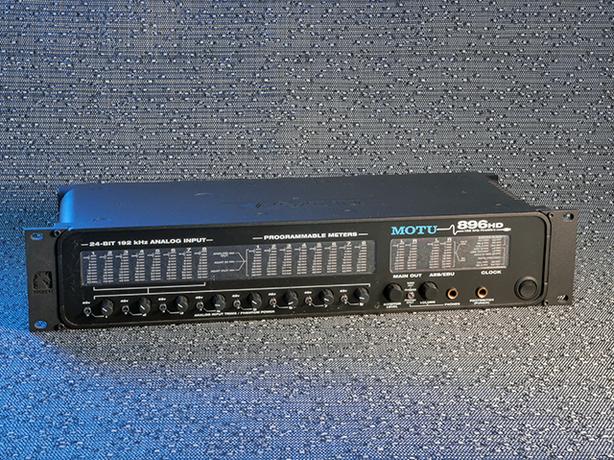 During the review period, MOTU launched new firmware for their AVB devices which enables an alternative mixer view called Touch Console. As the name suggests, this is optimised for controlling the mixer from touchscreen devices such as tablets and phones, though it’s also available on computers. Like the existing mixer views, Touch Console is served over Wi-Fi from your computer to compatible devices on the same network, which access the 828 through the MOTU AVB Discovery app. I experienced some teething troubles getting my iPhone to connect, but MOTU’s technical support team soon pinned this down to a firewall issue on the specific version of Mac OS I was running and resolved it with impressive speed.

The Touch Console view doesn’t enable any functionality that wasn’t already present in the older mixer view, but it’s a lot more pleasant to use, especially from a mobile device. Mixer channels in Touch Console view neatly scale to fit the size and orientation of your device’s screen, freeing you from the slow and juddery scrolling that would otherwise be your lot, and if you’re dextrous enough, you can move multiple controls simultaneously. Pretty much all of the functionality you’re likely to need is but a couple of taps away: hitting the cogwheel icon at the top of any channel brings up separate Channel Settings, Equalisation, Dynamics and Sends tabs for that channel, all of which are large and fairly clear. Both the dynamics and the EQ settings are displayed in nice graphical curves, and once a band is enabled, the EQ curve becomes interactive, allowing you to drag bands’ corner frequencies around with a finger, or pinch to adjust bandwidth. There are some well-though-out additional touches, too, such as the ability to nominate a ‘sidebar fader’ which remains visible at all times.

The EQ (above) and Dynamics (below) pages of the new Touch Console view. 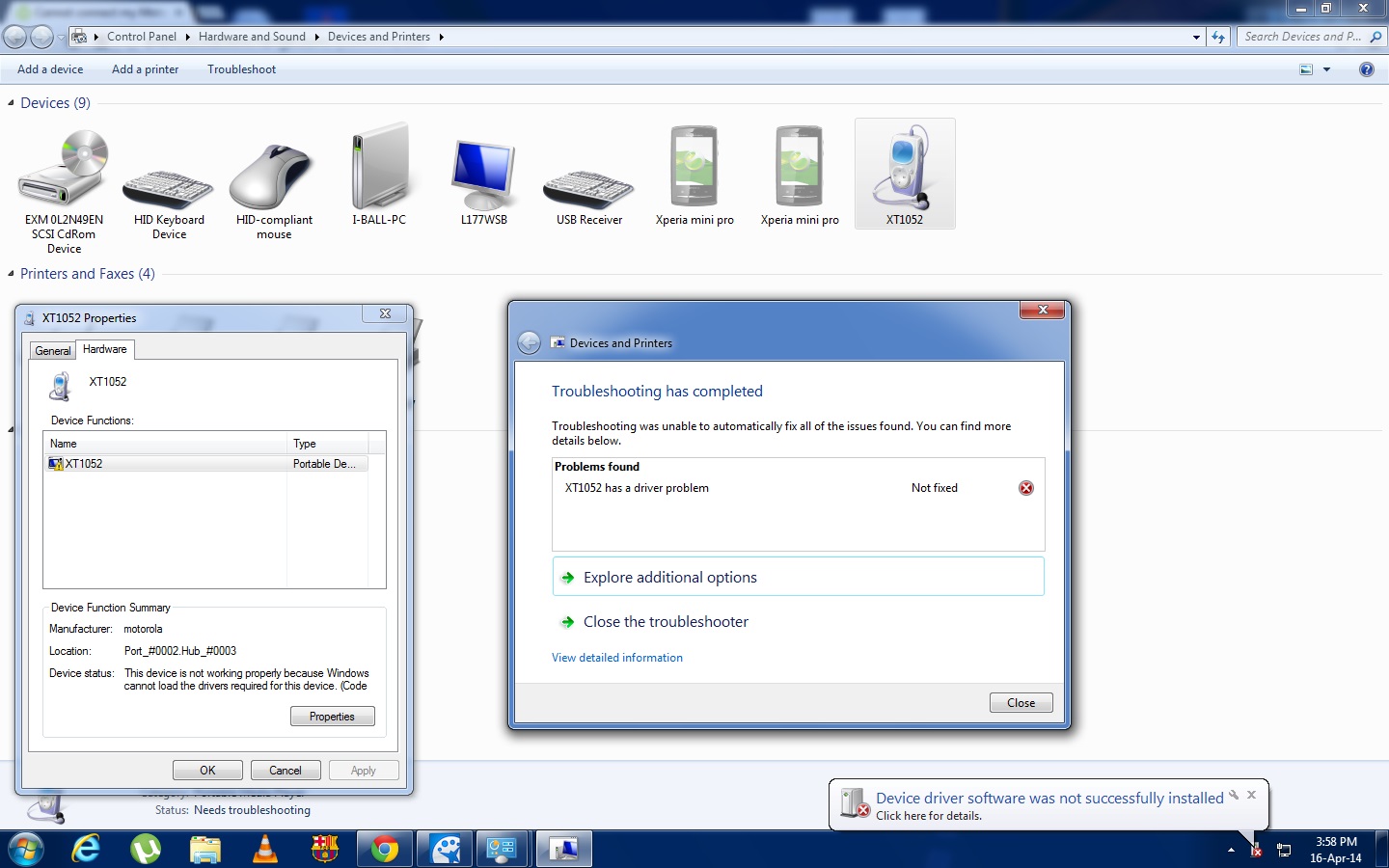 All in all, Touch Console is definitely a welcome addition to the AVB ecosystem, and goes a decent way towards making the user experience more friendly and less overwhelming for new users. However, like the rest of the MOTU browser control pages, the version I tested was extremely dark, to the point where legending could be very difficult to read, and the on/off status of some buttons was hard to discern at a glance; their developers are apparently standing by with a fresh pot of virtual paint, so hopefully this should be less of a problem by the time you read this. More of an issue is the lack of responsiveness that still rears its head sometimes — if you reorient your mobile device from landscape to portrait, for instance, Touch Console takes a couple of seconds to catch up. Despite the undoubted power of the DSP mixer in MOTU’s AVB interfaces, their complexity and the occasional sluggishness of the user interface means I still wouldn’t fancy using one for duties such as live sound.

Fortunately, live sound isn’t the core role of the 828es, and, considered as an audio interface, it presents a pretty compelling balance of features for the price. It uses the same drivers as other interfaces in the AVB range, offering very good low-latency performance even over USB. It also uses the same converters, meaning that it delivers audio specs usually found only in much more expensive devices, and the subjective sound quality is excellent — the headphone amps in particular struck me as a cut above the average. It offers several features not found on the 1248 and other interfaces in MOTU’s AVB range, including MIDI I/O, a full-colour dual-screen meter display that shows all analogue input and output channels simultaneously, and, best of all, a mono button, plus talkback and A/B monitor switching operated from the front panel. These are straightforward and effective to configure, and a built-in mic means you don’t need to sacrifice one of the 828’s analogue inputs in order to set up talkback, though this is an option if you want to use an external mic. With the 828’s Monitor level control able to govern up to eight analogue outputs simultaneously for surround work, this is as much monitor control as most small studios will need.

Although the 828es has a good deal in common with the 1248 on paper, all of these little things add up to making it a much more self-contained product, and perfect for project-studio owners who don’t want to have to buy other hardware to fill out the gaps in their audio interface’s capabilities. It’s also substantially more affordable. With so many different types of I/O on board, it’s hugely versatile, and the addition of AVB means that it’s not only the best-sounding 828 yet, but also the most expandable. The flip side of this is that owners of previous 828 models who wish to upgrade will have to forget what they knew about CueMix and learn a new and rather complex user interface from scratch. For those willing to invest the time in get to grips with this, the 828es offers almost unlimited potential, not to mention excellent value for money. It might look like the familiar old 828 on the outside, but inside, it’s more Porsche than Volkswagen.

MOTU have shoehorned the turbocharged internals of their AVB interfaces into the familiar form factor of their 828 range to create an immensely flexible, good-sounding audio interface, albeit at the expense of making it more complex to use than previous 828s.