In use, the Micromega works well. The 256-step volume control with its very fine 0.5dB steps is a little fiddly via the fascia buttons, but easier by the remote control; source selection is simple enough either way. A credit-card type remote control is supplied, which I suspect is how most people will use it. Go hard or go home. The clarion call of the maximalist audiophile compiling an audio system for ultimate sound quality irrespective of its floor- and rack-space requirements, the hairball of interconnects that joins one component to another or the numerous credit card swipes that brings them home – see above.

MyDAC is a Digital to Analog converter. Use it to connect your computer, television, Blu-Ray, CD or DVD player etc. to your amplifier. It is really simple to use, simply select STANDBY, USB, COAX, OPTO by turning the wheel.

A digital to analog converter is an essential part of true quality stereo sound.

Micromega has packed all the essential components for high quality sound into a compact box.

The MyDAC gives you top class sound; as certified by numerous websites and magazines worldwide.

When you use the USB port, the speakers will recognise any audio input as a sound card and any sound which would normally be played on your computer speakers will now come out of your stereo speakers.

Films, your personal music library and music streaming (Qobuz, Deezer and Spotify) can all be played through your speakers.

You can use the COAX and OPTO digital terminals to connect a TV, your TV decoder, a CD, DVD or Blu-Ray player, a sound server and even a games console.

The brand introduced its MyDac digital-analog convertor in 2012. The device was fully designed and manufactured in France, and priced at the market rate. The device was hugely successful, being praised and honoured by the national and international press alike, carving itself an excellent reputation amongst audiophiles and music lovers.

The French brand also had other devices in the pipeline, which swiftly expanded the ?My? range. Such devices include the phono preamp MyGroov, and the MyZic amplifier for headphones, which Qobuz tested and consequently awarded a Qobuzism.

More recent additions to the My family have been the MySpeaker compact speakers, a series of MyCable cables (modulation, coaxial S/PDIF, speakers and USB), and the MyAmp amplifier.

Today we will present the test/review of the MyAmp amplifier, typical of the ?My? range as it is very original and compact. It is equipped with a DAC with a USB B input compatible with 24-bit at 96kHz, and two coaxial and optical S/PDIF inputs, the coaxial being compatible with 24-bit at 192kHz. The device also contains a Bluetooth aptX connection and four analog inputs.

{{{ About the Micromega MyAmp amplifier}}}

Micromega?s MyAmp has a white or black compact box made of resin. It has a modern, even unique design, which is very striking.

At the bottom left of the frame a red LED light remains illuminated when the device is in standby mode, and makes a sound to signify the initialization stage after the device has been switched on.

The central part of the frame is equipped with an LED plat scale (barrgraph) that displays the volume control (with automatic memory for each source), a diode for the remote control receptor, and a headphone socket of a standard Jack of 3.5mm.

The frame?s left hand side houses the controls for choosing the different sources and the volume control. There is also LED lights for six ?wired? sources, and two LED lights surrounding a Bluetooth logo (red on the left, blue on the right), to demonstrate the Bluetooth aptX connection.

You can also control the Micromega MyAmp using a small remote control.

Despite its compact size, the MyAmp amplifier offers a rich choice of connections. There are three stereo-analog inputs on a Cinch socket, one out record output, and one subwoofer output. There are also three digital inputs, one USB B for computers and two S/PDIF (coaxial and optical). The MyAmp even contains a Bluetooth aptX connection, so there is plenty of choice.

Two pairs of terminal blocks for speakers accept banana files, fork terminals or stripped wires. There is also a trigger/signal input for the remote control.

The two main cards of the Micromega MyAmp are placed head to tail. The power feed and amplification block are located at the back of the box, where the inputs and the digital section are fixed to the back face. A third card which contains the control buttons and the display screens is attached to the opposite face.

In the image below you can see the radiator tunnel, whose ventilator is in charge of cooling down the power amplifiers. In order to make the device look more attractive, the ventilator is hidden by a piece of radiator.

The digital card and inputs

The amplifier uses a Tenor circuit TE7022L (asynchronous 24-bit at 96kHz), which deals with the signals coming from the USB B input. The Wolfson WM8804 transceiver (transmitter-receiver) interfaces between the coaxial and optical S/PDIF inputs.

The digital-analog conversion is ensured by a Sabre Premier ES9023P chip from the American manufacturer ESS, which uses exclusive Hyperstream technology, which, according to ESS, eliminates any jitters. There are no active operational filters after the convertor outputs.

Just above the ES9023P circuit there is the Bluetooth aptX receiver module, a BTM752 model from the Chinese manufacturer Rayson.

The signals coming from the digital or analog sources are switched by the connection before passing through a Texas Instruments OPA1642 double operational amplifier from the Sound Plus series. This works against the low impedance of the Micro Analog System MAS6116 volume control circuit.

The impedance of the signals coming from the volume control are changed by another double operational amplifier, a National Semiconductor LM4562.

You can also see the 78M15 and 79MI5 regulators on the top left of the image above. These deliver the voltages of + and ? 15V, which are necessary to work the operational amplifiers. On the bottom right of the image you can see the Atmel ATtiny87SU microcontroller, which manages the electronics.

In the image below you can see a switched-mode power supply and two filtering condensers of 680?F/200V, which smooth the rectified voltage before cutting it. This is carried out by a N025101 circuit manufactured by STMicroelectronics.

The secondary voltages are rectified by Bishay SB5H100 diodes, which support a 5A courant and an inverse tension of 100V. The voltages are then filtered by four condensers of 2200 ?F/35V.

The power amplifiers are National Semiconductor LM3886 integrated high performance models from the Overture series. They are mounted on a ?tunnel? radiator which also contains a LM35T heat sensor. This decides when to activate the ventilator, which blows air across the tunnel in order to accelerate the heat evacuation.

Amplifiers don?t have to be bulky and heavy to produce a high quality sound. Rather, the compact Micromega?s MyAmp is excellent, creating an addictive musical restitution.

The device doesn?t go halfway, but rather deeply respects the music it plays. In this way we were able enjoy a balanced and dynamic restitution of the works of Peter Schmoll und seine Nachbarn and Preciosa, from the very beautiful album Weber?sOuvertures, with Jean-Jacques Kantorow directing the Tapiola Sinfonietta (Studio Masters version of 24-bit at 44.1kHz).

The sound restitution is delicate and incredibly detailed, enabling you to appreciate the myriad of delicious colours and rhythms of Weber?s overtures. In short, we loved it.

The amplifier provides a very delicate sound restitution that can also deliver the powerful bases with punch when playing Paradis Perdus, an extract from the album Chaleur Humaine by Christine and The Queens in Studio Masters quality of 24-bit at 44.1kHz. Although a power of 2x 30W doesn?t seem that much on paper, as nowadays it is easy to manufacture 80 or 100 watts in digital, the amplifier reproduces the music exceptionally well.

It even plays the track Dangerous from the album Listen by David Guetta beautifully, as the delicate introduction slowly morphs into an unrelenting beat. The device reaches comfortable levels of volume with impressive clarity, enabling the vocals and bass to play without holding back.

The device produces a very nice reproduction of L?andante cantabile from Tchaikovsky?s Fifth Symphony in Valery Gergiev?s interpretation conducting the Wiener Philharmoniker Orchestra, where the musical themes reveal a rich and bold orchestral tissue that is delicately reproduced.

Listening to this same track over a Bluetooth aptX connection sounds very similar to listening to the track?s non-compressed version of 16-bit at 44.1kHz, meaning it remained at a very good level.

In conclusion, we decided to honour the Micromega MyAmp amplifier with DAC with a Qobuzism award, as we greatly appreciated its originality, compact design and musical performance. We also praise its ingenious design and the quality of the amplifier?s manufacturing. 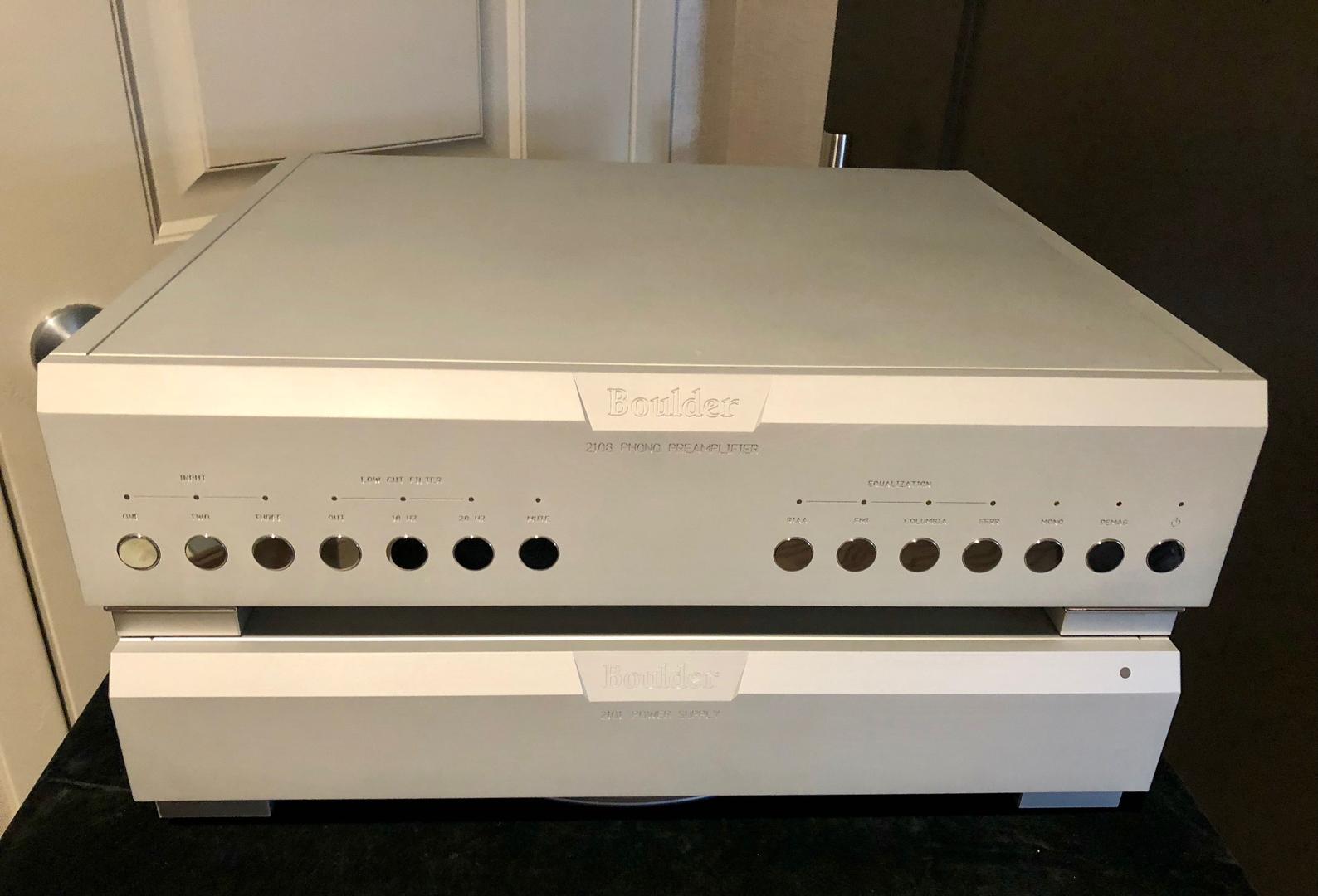 If you are a manufacturer, importer, distributor or actor in the domain of sound reproduction and you wish to contact us, please do so using the following address: [email protected]

If you are passionate about our Hi-Fi Guide and you wish to contact us, please do so using the following address: [email protected]