Sterling Magnell describes himself as a student of life, cycling being his canvas. A former professional rider with an inquisitive and intense mind, Sterling certainly fits that description, and is now channelling his experience and energy into another project with purpose, as Team Rwanda’s national coach.

. Unit manager for 8 employees responsible for project purchasing of the electronics and cab components product range, ranging from advanced engine control systems to cabling, driver's seats, air conditioning and electronics to the cab. The transaction was about 2100 MSEK (2008). Tens of thousands of drivers receive speeding tickets on the NYS Thruway (I-87 and I-90) every year. Most of those drivers simply send in a 'guilty' plea without understanding the costly consequences of a speeding conviction in NYS. In fact, in NYS fines for speeding can be as high as $685 and routinely average over $300. Choose from several high-performance prebuilt PC setups designed to stay ahead of the competition. Advanced Battlestations are Built to Win.

As Team Rwanda coach only weeks before the country’s national Tour, describe your current working schedule and tempo. How are your riders looking as far as form goes?

Full! We go into a pretty intense non-stop training camp well before the Tour. This time we started about eight weeks out, long enough for two training cycles with recovery. That gives us time to hit all the notes. I reverse engineer from the event and plan each day, schedule, training, diet, bike and shoe fits. We started with the top 25 riders in the country, cutting that down isn’t fun but we are good at creating training that clearly shows who’s ready to take on the most important UCI 2.2 we ride all year. The group is probably the deepest and strongest I’ve seen during my tenure. A few of these kids are ready to put down a personal best, which is good because we’re hosting the Continental Championships in February. We want to turn this momentum into some gold medals in a few months.

Taking a step back, you were a professional cyclist yourself. Talk about your own racing career, the highs and the lows. 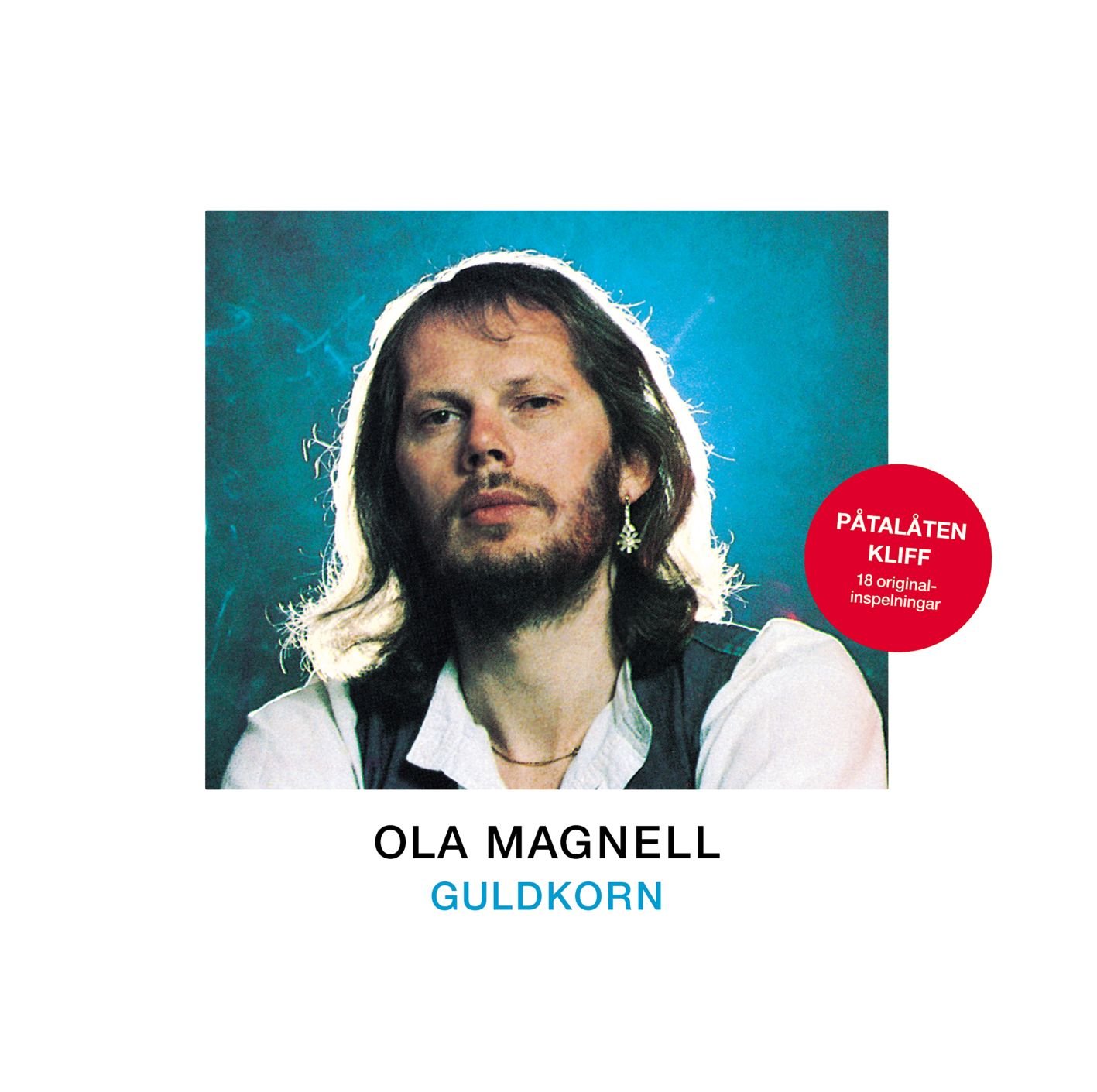 It was mediocre. Very. I had a lot of fun, won quite a few races and went many places. The highlights in my mind were the few occasions I remember being part of a team that really came together and raced as a unit. There’s no feeling like that, it’s difficult to manufacture and rare that it all falls into place with the right individuals and the right organisation. Not many people know that I am an alcoholic. I self medicated my way through the most of my racing career. I was also never fully fulfilled by purely being an athlete. So at times I struggled to be fully committed to racing, I wanted to do other things too. I’m certain I left a lot of my talent on the table, who knows how much. I still have the desire to compete, here and there I get to pin a race number on. I’ll always be a bike racer at my core.

Many former riders move on to coaching or directing roles. Would you say that coaching is your vocation?

I love the sport, I’m obsessed with the science, physics and mechanics of it. I’m a hyphen like a lot of millennials. I consider myself a creative obsessed with the humanities. Sport, cycling, happens to be the forum that blossomed for me from an early age and I don’t see myself exhausting it any time soon. My vocation is to further social and human evolution and to be a good filter for the energy I get. Bikes are an amazing tool for that. Maybe the best.

Following on, talk about your transition from rider to coach.

Total disillusionment. I wasn’t ready to retire but I was sick of sucking. Sick of the US racing scene. For two years I hit bottom – I drifted towards a normal life, became a HVAC technician / plumber, nearly married someone that wasn’t right for me, drank everything in sight. Until I snapped out of it. Or more like dragged myself out of it. I knew that wasn’t it. I started over. I got sober. I started riding the bike again. Some time later my father called me up, “Hey I just had a talk with Jonathan Boyer, remember him?” Ha ha… that’s how it started.

How did your move to Rwanda come about?

That phone call was asking what I was doing and if I wasn’t interested in moving out and coaching. I thought hell no, that’s bananas. I had just gotten to a place I was happy with. Rwanda sounded ridiculous. But I promised I’d think about it. After a couple of months, I couldn’t find a single reason not to go, or a single friend that would tell me it was a bad idea. So I burnt the boats and went. I came fully committed to spend a minimum of three years here and try to learn, not project what I already knew onto “these Africans”. I see a lot of what I’d basically call leftover colonialism in people thinking they will “help” Africa. I didn’t want to be that. I found out later that Boyer’s wife, Kimberly Coats, saw a little of what I was up to on Facebook. I hadn’t seen Jock since I was 14. She’s a driving force behind everything Team Africa Rising does. It’s a lot her fault.

Discuss the challenges of inspiring an already motivated group of world class cyclists in one of the world’s poorer countries.

It’s complex. You have to pay attention and understand the metric your athletes prioritise. Motivation is a very individual, social and cultural thing. Rwanda is poor, but it has one of the most competitive economies in Africa. It’s changing fast, really fast. I try to inspire my athletes to be drivers and ambassadors of that growth, not just passengers. I push hard. As lovingly as I can. They don’t always get it. It usually takes a while for them to grasp what kind of opportunity they hold and how proud they should be of themselves and their country. But if you take the temperature of the team today the moral is high. They are gaining awareness. Tactically we are still very weak, that’s more or less an experience thing. Experience that’s hard to come by. But I’m relentless. People already know Rwanda has some of the strongest athletes in Africa. I want them to be known as some of the savviest.

Your Volsavant website describes you as a student of life, as well as a thinker. Would you say your move to Rwanda is an integral part of your greater life journey?

It was very natural. I’m an optimist that sympathises with determinism so I don’t know how much credit I should take for being here. I think our agency is as hard to define as consciousness is. somewhere in the quantum puzzle lies the answer. I’m as much interested in that as I am in seeing talented kids become world class bike racers. I have faith in the mystery. I think I’m in the right place doing what I’m supposed to be doing. I’m also ready for the journey to end anytime. I love what I do. We’ll see what happens. Or we could ask my wife. She’s Rwandan, went to Harvard, and has lots of ideas.

You’re clearly still in good shape. What part does your own cycling play in your job as national coach?

It’s my bottom line. I couldn’t do it if I didn’t ride, if I didn’t participate. Riding with the kids is my favourite thing, and seeing what I have left in the tank. I’m 7kg lighter than I was during my professional career with the same or better wattage, I can actually climb now. My legs still serve me well. Using my own power on the bike will always be central for me.

What is it like living in Kigali? Any idiosyncrasies and/or quirks that you think would be of benefit to Westerners to experience?

A lot of things are very accessible and super easy. You can refill your phone on just about every corner. The food is really good, the coffee is even better and laughter is as contagious as gossip here. If it rains everything just stops till it passes. Time is very much soluble. That can be frustrating sometimes, but there’s freedom in it. In the west we’re a bit hung up on our weights and measures.