Skip to content
Many of my peers have debated the three basic storage device connectivity options for Hyper-V for many months. After much debate, I decided to jot-down some ideas to directly address concerns regarding SCSI-passthrough vs. iSCSI in-guest initiator access vs. VHD. I approach the issues from two vantage points, then make some broad generalizations, conclusions, and offer my sage wisdom ;-) 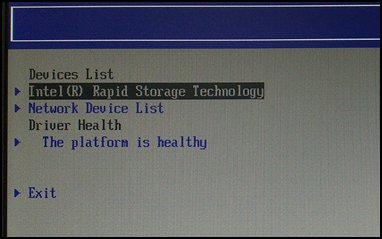 For instance I was just creating some Live CD's at work the other day for server bare metal recovery, and the enviroment was a chopped down Windows CE, Of course I had to feed the drivers for SCSI and Network cards myself to create a live CD that would see correctly the RAID ARRAY on that server but that is not such a big deal. I saw the need to bring this up again, because with the release of the 0.7.1 installer ISO, we got a lot of new users, many of which haven't yet gotten a hang of our rolling release system.

Archlinux uses a rolling release system. This means that we do not have any particular stable release, ever. Instead, it means that we continuously update packages, and users keep their machines in sync using pacman.

0.7.1 and any other version number refers to the version of the installer CD and scripts, as well as the snapshot of our packages at that particular point in time, which just happened to be included on the installer CD. I stress this point, there is nothing special about the set of packages on an installer CD, it's no more stable than current is, because it's just a snapshot of it at a fairly arbitrary point in time. It is presumed that the user will run a pacman update before doing anything else, in order to bring their system up to date with the real repo after installing, since it is the nature of the snapshot to fall out of date very quickly.

Thus, next time you go to write about 'Arch 0.7.1' please remember that you're only talking about the installer CD, and nothing more. When writing about issues, please make sure that you have updated your packages using pacman, if there was a problem with a particular package release, there's a good chance it was fixed already, and all you need to do is pull your machine up to date.